As is well known to almost everybody who knows me, I once spent six years of my now extended life in the small islands of Bermuda; six of my most impressionable years and very consequential ones in that I was married on 'the rock' and created there my two much loved children.  It is also well known that although we left the island for good in 1969, I, like Sir George Somers - the founder of Bermuda - left a fair piece of my heart behind to maintain tabs with its progress.  In October of this year, Lynn and I will return to celebrate our golden wedding anniversary, a chance for us to have perhaps a last look around at the island I once fell in love with.

But this post is not produced as a personal updating, more a moment to draw attention to the forthcoming publication of what promises to be a beautiful new book of sketches which relate to the early days of Bermuda's colonisation which has been put together by Dr Edward Harris and his team at the National Museum of Bermuda. Knowing Edward as I do, I can easily imagine his sheer excitement on first seeing the amazing collection of previously unseen sketches of his native island, some having been painted as long ago as 1834 and his immediate realisation of the massive significance of their existence and public exposure. This 'Savage' portfolio only very recently came into the public gaze from within the possessions of present descendants of the Savage family in England, who have kindly donated the collection to the Museum for the people of Bermuda to enjoy and to be enlightened of an earlier era.

I produce a description of the book's cover below, the front of which has a most evocative depiction of a tranquil Market Square at St Georges - in those early days still the capital of Bermuda - which iconic venue, graphically, is amazingly little changed and might well have been painted today.  The blurb at the right I have reproduced below.


The forgotten landscape of Bermuda in the
1830s is recovered in this remarkable collection
of paintings by the prolific and talented
Royal Artillery surgeon Dr. Johnson Savage.
These images—some of the earliest masterful
watercolours of the Island—were produced
before the perfection of photography and
ahead of later waves of overseas artists who
discovered Bermuda’s painterly paradise.
The paintings were the start of an extraordinary
relationship between Bermuda and several
generations of the Savage family. The volume
includes exquisite images from Savage’s later
posting in Corfu; his work as a skilled medical
illustrator; paintings by his short-lived Royal
Navy Midshipman son Arthur; and an
account of the doctor’s grandson, Arthur
Johnson Savage, RE, who completed the great
Ordnance Survey of Bermuda in 1900.
A final chapter traces the history of Savage’s
family, including present descendants who
donated the important Bermuda collection of his
paintings to the National Museum of Bermuda.

The back cover shows pen portraits of the three major characters of the Savage family, together with a sketch depicting the despatching of a whale.

The story of the acquisition of these exciting and precious mementos of a Bermuda of almost two centuries past, began in 2013 at a conference of surveyors in Britain which touched upon the Hurd geographical survey and the great 'lost' chart of Bermuda. At the end of the conference, a Peter Savage would step forward to tell of his personal possession of an album of water colours of the islands which were the work of his great-great grandfather, Dr Johnson Savage. The significance of this cache of artistic treasures became apparent almost immediately with the result being the publication of 'Dr Savage's Bermuda.' in October 2015. From his weekly column, first published in the Royal Gazette of March 22nd 2014, let Museum Director, Dr Harris, explain:

One day in the three year period 1833-36, perhaps around the heady days of emancipation of the remaining slaves in Bermuda, the young Royal Artillery surgeon, Johnson Savage, set about on a walkabout in the parish of St George's, armed not with sword and musket, but with brush and paint, intent on capturing scenes, rather than enemy soldiers.

When he left Bermuda in 1836, perhaps in the early summer, as one of his illustrations is dated to May of that year, the artist doctor took with him some 40-odd watercolours and drawings of the Island, a cache of images of local life that would become lost to memory in the Island for over 170 years.

In later 2013, Dr Adrian Webb gave a lecture to a conference of surveys in Britain on his research and writings on Lieut. Thomas Hurd RN, the composer of the great Hurd survey and chart of Bermuda, another major work of art lost to Bermuda until Dr Webb brought it to local attention in 2009.

At the end of the talk, he was approached by one Peter Savage, who told hm that his family possessed an album of watercolours of Bermuda executed by his great great grandfather.

A further connection to Bermuda lies in the fact that one of Peter's grandfathers, Arthur Johnson Savage RE, was responsible for the Great Ordnance Survey of the Island that was published in 1901 and is still in print.

A meeting was arranged through Dr Webb and in late November 32013, Peter and Rosemary Savage graciously met him and Dr Edward Harris (of the National Museum of Bermuda) at their home in England, for a walkabout of the album of paintings by Johnson Savage, at the end of which Peter announced that he and his siblings, William and Jenifer, wished to donate the album to the National Museum and in effect the people of Bermuda.

The walkabout of the album followed a geographical roadmap, which started in the old capital of Bermuda at St George's and progressed westward via Ferry Reach to the Main and onwards, passing Somerset Bridge to the islands of Somerset and Ireland, the last being where the Royal Naval Dockyard and its major Hospital (naturally painted by the surgeon) were located.

The images capture Bermuda exquisitely, as the good doctor was a most accomplished artist and draughtsman.

The paintings will be published in a book in late 2015, partly in celebration of the fortieth anniversary of the National, that will also contain biographical and other artistic information on the Johnson Savage family and its long connection with Bermuda, as a son also visited the Island as a Midshipman and kept a log book that has painted images in it.

I have assisted in a small way with the research of this publication and with the kind permission of the NMB and Dr Harris, I can reproduce a tiny sample of the fine artistic work of Dr Savage which is to be found within its pages.  I think these will provide a good idea of the quality of the many engaging illustrations which appear in the eagerly anticipated publication and will provide, especially for Bermudians who know their Island well, many hours of figuring out where these amazingly recorded locations lie in this 21st Century. 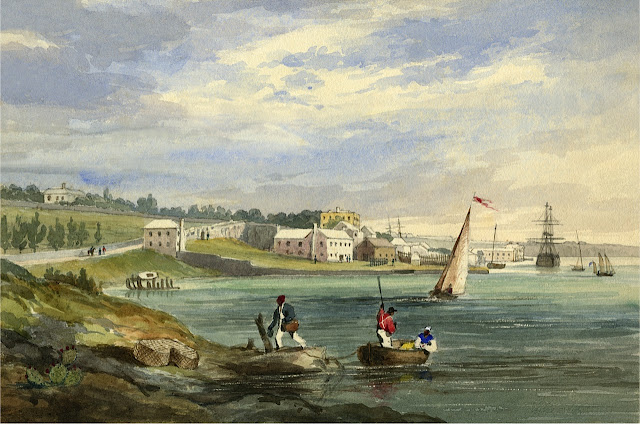 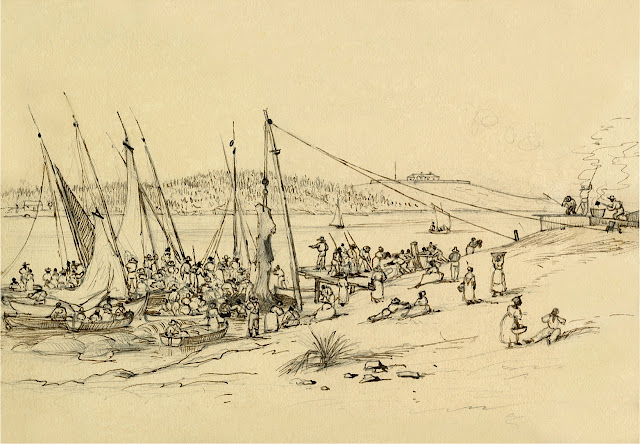 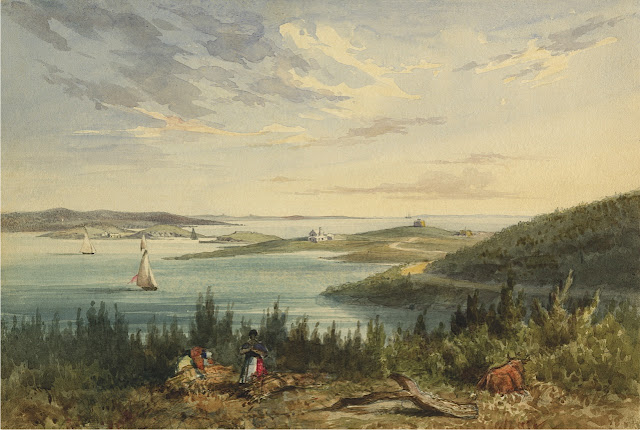 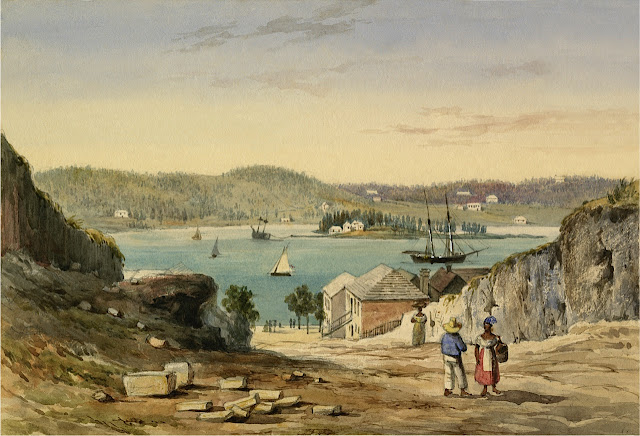 I look forward to attending at the official publication in October, invited as I am due to a small personal part played in researching the project over the previous months. I am sure that the end-product will prove to be a best seller - and not only in Bermuda - as a reminder of how we once lived in the days before photography was established as the standard method of recording important moments. Whether the book lies on a coffee table or in a reference library shelf, this wonderful gift of the Savage family will deserve its permanent place in the bibliography of Bermudian literature for the future education of all.