In a local newspaper recently, I came across an intriguing historic report of 'special' court proceedings which had taken place at at my local Magistrate's Court during the time of the 2nd World War.  At the sitting, the evidence played out related to a seemingly trivial confrontation between a frustrated 'traveller' and a group of soldiers billeted in the town. Consequent research of the legislation allegedly breached on that occasion, opened up for me an extremely interesting period of political dissent at the time of the very birth of the Labour Party of Britain as we know it today.  My intrinsic interest at the outset is the Melton Mowbray connection and the part that a few young soldiers played locally at the time of a great world awakening, but in passing, I would like to touch upon the interrelationship of the statute allegedly breached, with the ideals of a nascent political party proposing to represent the working classes and its acceptance by a then mainly Conservative population.

From time immemorial, matters of creating disaffection - or unrest - within the military community and indeed, amongst serving police officers, had been dealt with under the 'Disaffection to Mutiny Act of 1797' and in the early 1920s, National government began to talk of re-writing the script to at least soften the intended severity of the consequences of the act of mutiny, then a capital crime punishable by death. The legislator's were to become a little compromised however, when in 1924 the seditious and 'mutinous' intervention of the 'Campbell Case', was to create great unease amongst political thinkers, not to mention the still powerful military machine of Britain.  In its opening paragraph, Wikipedia explains the provocations of Campbell and its ramifications:

The Campbell Case' of 1924 involved charges against a British Communist newspaper editor for alleged "incitement to mutiny" caused by his publication of a provocative open letter to members of the military. The later decision of the government of Ramsay MacDonald to suspend prosecution of the case ostensibly due to pressure from backbenchers in his Labour Party proved instrumental in bringing down the short-lived first Labour government....

In the statute books of England, there remains today the infrequently used piece of legislation which first saw daylight in the austere times of the 1930s. Known as the 'Incitement to Disaffection Act of 1934 (Chapter 56 24 and 25 Geo 5), it is described as:

A very small Act in the name of King George V, it seems to have eased its passage through the Houses with few problems but a contentious reference to the potential power of the police to search the premises of likely suspects, did create discontent within the nascent Labour Party at whose conference of 1935, promises were made to remove the Act from the statute books as early as possible in the event of them coming to power. Parliamentary jousts in the Times newspaper of the day, record the disdain with which the Act was held, but as that newspaper records on the 17th April 1934, the voting was not even close.

' ...  The critics of the Labour and Liberal opposition fastened on to this part of the Bill and denounced it as an undue invasion of private right.  MR LAWSON had only contempt for persons who gave soldiers and sailors advice that would get them into trouble, but he declared that the Bill would empower a certain type of magistrate to treat the possession of literature, for example, on the Marxian doctrine and the Russian Five-Year Plan as coming within the scope of its provisions.  Mr. DINGLE FOOT described the Bill as worse than the law of 1797 [mutiny]

As stated, assent was finally passed on the 16th November that year.

MEANWHILE, OUT IN THE SHIRES!


In  the early weeks of 1941 in the small market town of Melton Mowbray, the early unnerving effects of yet another world conflict had largely settled down, though preparedness remained the watchword as billeted soldiers from divers British regiments - not to forget the presence of allied American and Canadian troops - awaited whatever call to arms might be forthcoming.  But not everyone was serving good King George in his fight against a dominant enemy across the water and as folk-lore tells us today, there were several of those who knew the ropes as to how to circumvent the earning of the King's shilling.  The Grantham Journal of 31st January, 1941, published the following report:

For Trying To Cause Disaffection


Defamatory statements about the British Army and the Government were alleged to have have been made by Herbert Baxter, aged 39, described as a van dweller and horse dealer, of no fixed abode, who was sentenced to three months hard labour at a special court at Melton, yesterday week, when he appeared on a charge of endeavouring to cause disaffection among persons in His Majesty's Service in respect of three soldiers - Gunners G.A. Sullivan, D.L. Noakes and E.T.R. Smart.

Gunner Sullivan stated that on January 15th, defendant came to the place where soldiers were quartered, and asked if they had a dog belonging to him. He told him they had not got one there, and defendant replied that the police informed him that he would be able to find it there. An argument followed, and accused became abusive and used bad language. In the course of subsequent conversation, defendant made slurring statements resecting the Army, and said that he would not go into the army and the Army would not get him.

SO DISGUSTED HE WALKED AWAY

After referring to the fact that they (the soldiers), only got a shilling a day, defendant, witness continued, stated that he had 28 horses 11 dogs and plenty of cash. Defendant added that he did not care if "Jerry" did invade this country as he could not be worse off. Accused also made disparaging remarks about their rifles and ammunition, and went on to refer to a searchlight camp, which, he said, had been bombed, killing a number of people. Witness said they knew nothing about this. Defendant then said, "God save the King, but who is going to save me?" Witness was so disgusted he walked away.

Cross examined by Mr. J. Hincks, Leicester, for defendant, witness said later a sergeant came along, and ordered accused to go, as he was causing disaffection among the men.

Mr. Hincks: He did not cause you to be dissatisfied did he? - I'll say he did. How would you like someone to say that you are getting a shilling a day, and he has 28 horses, 11 dogs and £40 in his pocket?
What this man has said to you has not made any difference to you in your loyalty to the Service? - It made me disgusted. Why should he, a man of everyday type, have more than me? Why should he say such things? Why shouldn't he be in the army?

Gunner Noakes gave corroborative evidence, and stated that defendant said to them, "What about you fellows earning a bob a day in a place like this when there are others at such places as Birmingham, Coventry and Sheffield earning £8 and £10 a week! What worse off would you be if Jerry got here? No good at all. What would the Government do for those who were injured? - Nothing." Witness said that he got so disgusted that he walked away.

Mr. Hincks: You took it all as ridiculous? - No, I would not say that. It certainly caused me to feel disgusted and dissatisfied. Defendant said something to the effect that he would not defend his own country, and that he would not work for a shilling a day.

Gunner Smart said that the defendant absolutely demanded the dog when he came to their quarters, saying the police had told him to fetch it. Defendant then went on to make serious allegations about the Army and the British Government, and added that if Hitler invaded the country they would not be any worse off.

Mr Hincks: You did not take any notice of what he said? - I came away disgusted. It upset my feelings to think that a man like that should speak so of his country.

As a soldier you are just a good today as you were before he spoke to you? - Yes sir.

Didn't he say, "I am a loyal subject, and when my time comes for joining up I will go? - No, I did not hear that.

Detective Officer Jones gave evidence of arrest, and remarked that when the defendant was brought to the Melton police station he made a statement in which he said, "I would not have known what the soldiers got if they hadn't told me."

Defendant on oath, stated that P.C. Haines told him to go to the soldiers where he could get his dog. He saw Sullivan, who denied that there was a greyhound bitch there. A few minutes later a sergeant came up and said, "there's no bitch here, you go and get a policeman." The sergeant never ordered him away. He stood talking to the soldiers for about half an hour.

"I have no political views." observed defendant. "I am a British subject and when my time comes for me to join up I will go. I had no intention in my own mind of causing disaffection amongst the soldiers."

Mr. Hincks submitted that there was no case to answer. If anything was said it had made not the slightest difference to the soldiers and his client at no time had any intention of creating disaffection.

It was stated by the police that defendant had 24 previous convictions against him since 1920.

The chairman, Mr. R.W. Brownlow, congratulated the soldiers on the way they had given their evidence.

Well, I was not quite one year old at the time that 'van dweller', Walter Baxter was sent away to spend his 40th birthday doing hard labour at Leicester prison, but from my lofty perch here and some 74 years further on, I hope that the sentence was not too onerous for him.  I have reason to believe that he died in 1967. 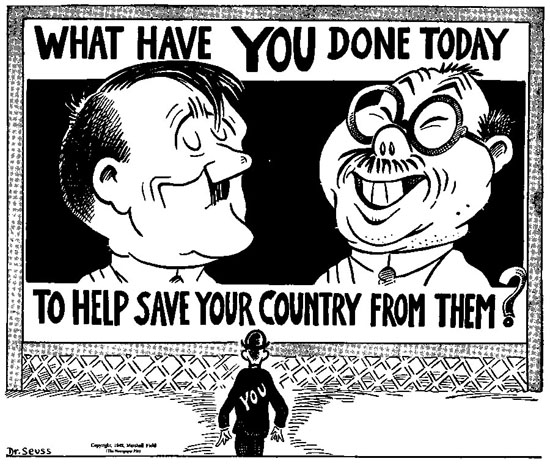